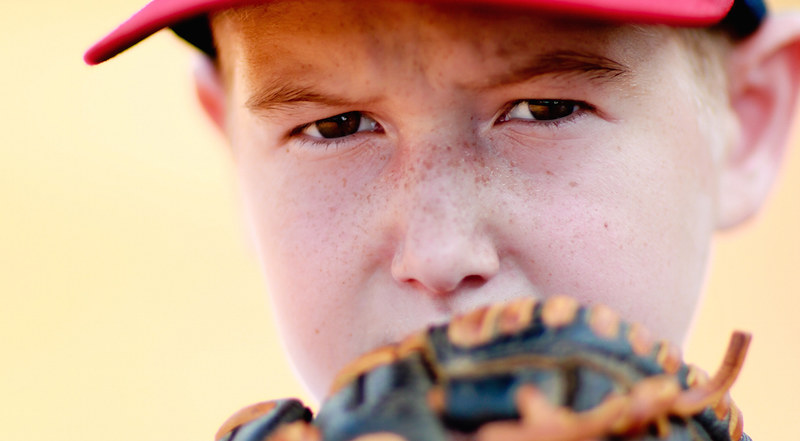 Harrison McKinion is my hero.

Five days after turning ten years old he was diagnosed with a form of acute lymphoblastic leukemia that was resistant to all chemotherapy. Two weeks later, the day after Christmas in 2011, he suffered a massive stroke which was a side-effect of one of the drugs meant to fight his cancer. After four weeks it was clear he drugs would not work on his leukemia.

He was going to die.

But his doctor, Brent W. Weston at the University of North Carolina, was not content to watch this kid, now bloated and reeling from massive amounts of drugs, slip off into eternity without a fight.

Dr. Weston and a pathologist at UNC had discovered a fusion called EBF1-PDGFRB. These two genes, when fused together, produce a tyrosine kinase that drives leukemia. Only recently had this fusion been discovered. No child had been successfully treated for it. There was a 100% chance Harrison would die.

But research at St. Jude had shown this form of leukemia, which chemo could not kill and had killed so many children, was sensitive to a drug already in use for other forms of cancer.

Contrary to the advice of some other pediatric oncologists, Dr. Weston put Harrison on Gleevec in a last-ditch effort to save his life. Very few people believed it would work. Doctors and nurses in the cancer clinic, they later told us, were distraught over seeing a kid who had beaten a stroke which should have killed him, lose his fight against cancer.

For three and a half years he fought the cancer’s return. He endured months in the hospital, weeks at a time. He had to fight off infections, a deadly case of the flu, and the side-effects of chemotherapy. Harrison finished his chemo treatment on April 1, 2015. While his cancer is incurable, we are grateful for Gleevec which holds the promise of keeping his cancer at bay for years, and hopefully decades to come.

His brother, Lachlan, and sister, Blakely, have stood beside him the entire time. They’ve cried with him, encouraged him, fought for him, and been strong when he couldn’t be strong.

As you read through Harrison’s story you’ll meet other amazing heroes who’ve contributed to Harrison’s survival. We thank them all.

Please consider joining the fight against childhood cancer. Contact us to discover ways.

UPDATE TO THE STORY

Harrison did well recovering from his three and a half year cancer treatment. During the first semester of eighth grade he began to grow and gain weight. His hair grew back and he looked like a “normal” kid again.

After Christmas 2015 he began to feel bad. He stopped eating as much as he had before and started having headaches. The doctors attributed it to the onset of puberty, which had been arrested during his treatment. On Mother’s Day he woke up with a terrible headache and nausea. He threw up all day long. Then it stopped. We thought it was a bug. This went on, headaches about ever other week accompanied by vomiting. Eventually the doctors performed an MRI on his brain to see if there was any linger damage from the stroke that could be causing the problem. Nothing showed up.

He finished eighth grade and began his summer baseball schedule. In June of 2016, the headaches were just too bad so doctors performed a spinal tap to rule out an infection. Unexpectedly, the word came: Harrison’s cancer had returned. He was devastated. We all were. It was even worse than the original diagnosis. An isolated-CNS relapse is almost always fatal. He was probably going to die.

Harrison began ALL OVER AGAIN with the treatment because there wasn’t much else they could do. He ended up terribly sick. He spent three months straight in the hospital, developed a near-fatal fungal infection, and lost 40 pounds. He was so very sick. He missed every day of ninth grade.

In March, after all of that terrible treatment, his cancer returned again. Doctors prepped him for an unmatched, unrelated bone marrow transplant, nearly always fatal, but at least a shot in the dark. However, remarkably, Harrison was accepted into a clinical trial using CAR-T immunotherapy to treat relapsed leukemia. We re-located to Seattle for much of the summer for the trial. Thankfully, the treatment was successful, putting Harrison into remission again. The re-programmed, cancer-fighting T cell treatment lasted until December 2016, when the cells began to die off. Since that time, he has not had any treatment for his leukemia and remains in remission.

This site is an effort to tell Harrison’s story to inspire others in their journey and to raise awareness of childhood and teen cancer. Thanks for reading.